The Gay Hussar Continues to March On

Home » Reviews » The Gay Hussar Continues to March On

Join our Club this month and receive an extra 3 months membership for FREE.

The Gay Hussar Continues to March On

Imagine a feast fit for the cavalry…. and a good time guaranteed with it. Greek Street has its fair share of restaurants steeped with literary influence and rich in history, with Hemingway’s preferred dining place L’escargot, a few buildings down the street.  In military history, the Hussars were the light cavalry that supported nobility in fighting against fleeing troops.  The term, although derived from Latin, shares Serbian allegiances to its origins, which still often remains a point of debate to academics. The Hussars can be traced back to Southern Hungary in the 14th Century, when the Serbians crossed the border to seek refuge from the Ottoman Turks who had invaded their country. 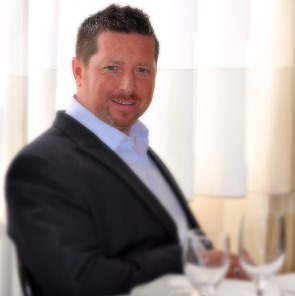 “We are delighted to be working with The    Gay Hussar,”comments Urban Merchants’  Founder and Director, Attila Josza.

This restaurant is testimony to the glory of lands reclaimed over centuries, and  recipes that have accumulated rich influences from their colourful past.  We are  delighted to be working with The Gay Hussar,” comments Urban Merchants’  founder and director, Attila Josza. “To see some of our Hungarian produce on  the menu in one of the world’s most important Hungarian restaurants is a real  seal of approval.”

A legendary institution to the arts and literati scene, eating here feels as if you have been granted exclusive access to the corridors of power.  It seems the walls hold such well-kept secrets of political alliances and ideologies that you can’t help but share in the glory of past successes and sniff at those fall from graces such as Tony Blair.  A whole wall is entirely designated to caricatures of ex-prime ministers and high-profile politicians.  I couldn’t help but notice Tony Blair’s book glaring down at me.

It is a place for debate, a setting for sharing, and an intimate and inspiring little restaurant that resonates with character.  Once through the charming red front stucco – painted building, you are instantly welcomed and made to feel special.  The patron said to my friend “you are in need of refreshment and sustenance so you must come in’.

We were made to feel rather more regal with our culinary choices, with a lasviciously rich seared Hungarian foie gras, in criminally copious portions, crowning the plate for our starter. It came with caramelized onion doused with Tokaji, (the Hungarian equivalent to Sauternes), accompanied by a truly delectable black truffle jelly.   The main course of smoked breast of goose on a bed of cassoulet, was meltingly tender, with a beautiful oak smoked finish lingering on the palate to give en elegant edge to the more rustic charms of cassoulet and red cabbage.  A bottle of the crisp and refined Tuzko Tolna Traminer was testimony to a white that could hold its own with meat. Desserts were equally excellent in their execution, with my fresh cherry strudel, encased in a light flakey pastry, and sweetened only by the fruit.  Refined and light, it was the perfect end to a feast fit for a king no less.